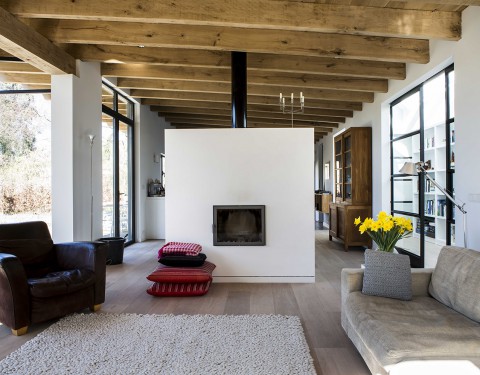 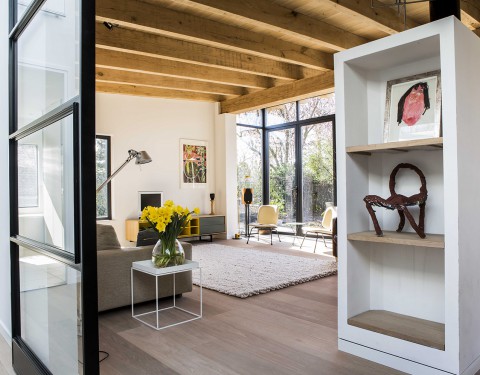 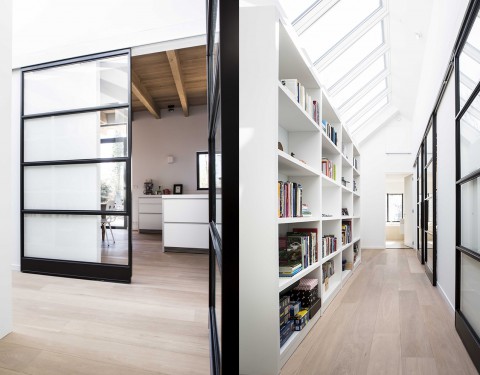 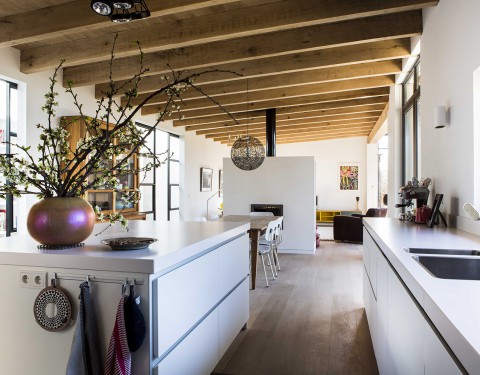 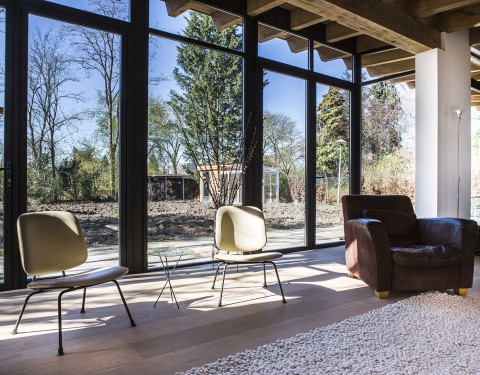 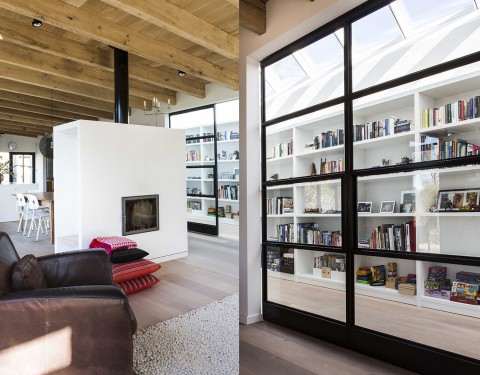 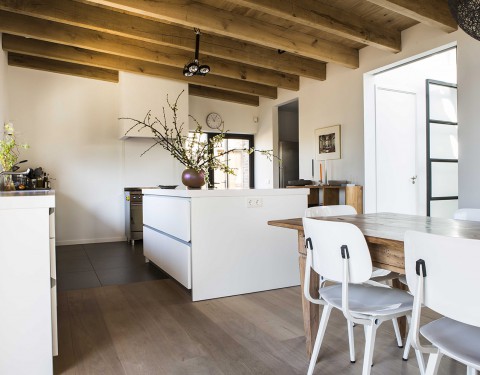 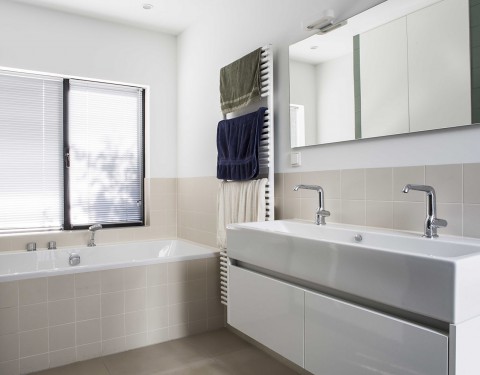 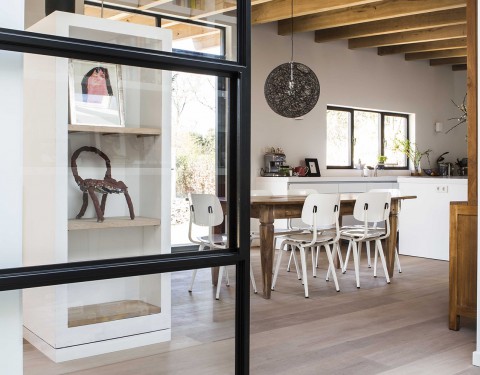 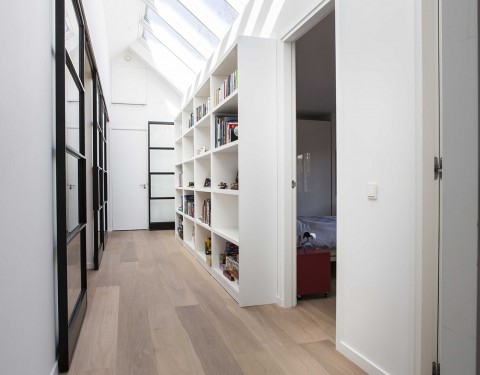 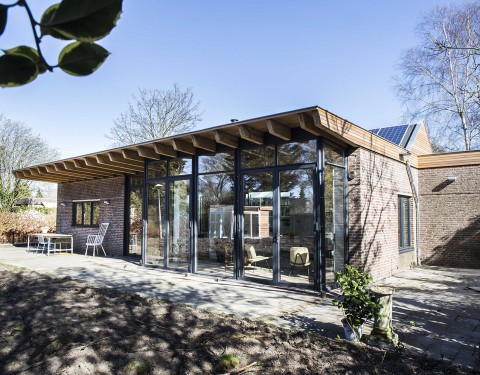 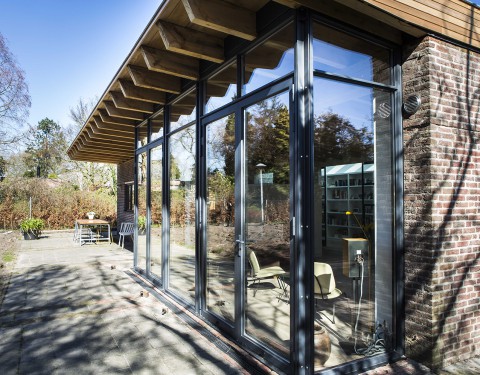 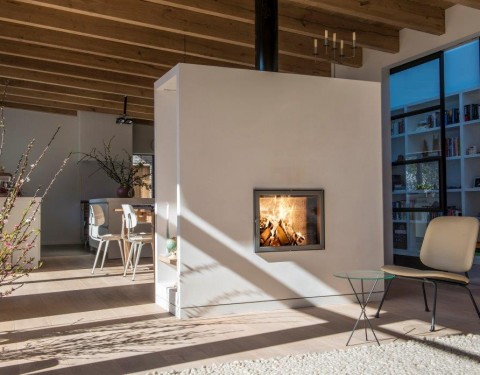 metamorphosis of a bungalow 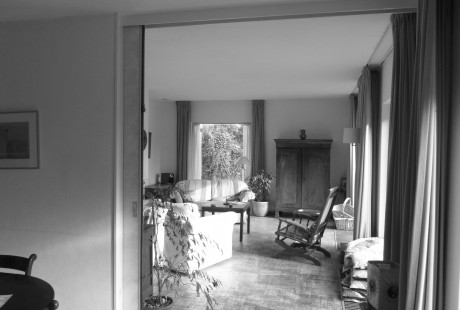 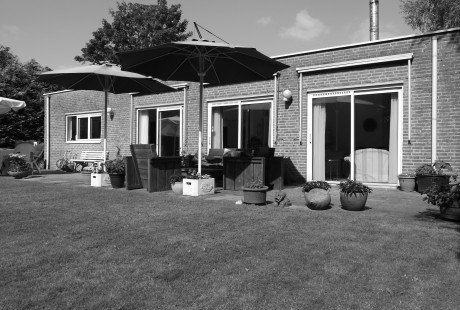 The suburb Rijnsweerd in the city of Utrecht is characterized by bungalows and a wide spacial planning. The owners bought this bungalow on the Liviuslaan solely for the garden. The house itself was constructed in 1985 and needed a drastic overhaul.
Kubik was asked to recreate the house and give it a warm and homely feeling within the original plan.
This project is a good example of what a few changes can do to a house and have its owners realize they actually have a gem in there hands.
By readjusting the interior plan through the opening and removal of walls, this house has caught up with time. What once was a huge corridor in the centre with 8 doors to different rooms, is now the open and light filled hart of the house.
The trend off the 1980′s where cooking, dining and living where done in separate rooms, has now become an open living area partially separated by a fireplace.
The roof was the element that had undergone the most dramatic changes without contesting the horizontal style of the neighborhood. The form was triggered by the wish of the owners to use PV panels. The slant of 35º for the optimum sun angle gave us a reason to fold the midsection of the roof so as to camouflage the presence of the sun panels. This in turn gave us the possibility to make, on the opposite side, a glass roof facing north.
The roof with its overhang on the south side gives shelter from the summer sun but allows the winter sun to enter the living space. And finally the oak beams give this former bungalow its rugged and charming character for years to come.